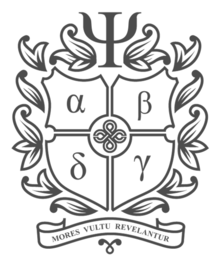 Cognitive Typology (CT) is a cognitive architecture and theory of embodied cognition under development by J.E. Sandoval and set to be published in his upcoming book Cognitive Typology - Practitioner Manual for Psychodynamics. The theory proposes that a model of human cognition can be reverse-engineered by examining conversational expressions across the general population, in parallel with psychological evaluation, to document the cognitive processes connected to normative human expressions. The theory describes four basic hypotheses that work to draw a connection between bodily expressions and modes of cognition. Given that the four hypotheses are true, the CT model proposes that asymmetrical groupings of bodily expressions across the human population are indicative of different canonical cognitions, or cognitive types, within the species.

The experimental methodology of the CT model is multidisciplinary, composed of four interlocking domains of study: computation, vultology, behavior and psychodynamics. The four domains work closely together within a feedback system, each informing the other. The vultology domain analyzes bodily expressions and aggregates them together into naturally occurring statistical clusters, sorting individuals into these signal groupings. The behavioral domain examines the psychological traits associated with these signal groupings by administering surveys to gather information about occupation, interests and personality traits. The vultology domain then targets the signal groupings that have the highest behavioral correlations. This develops into a code of signals which have parity between the vultology and behavior domains, and which aim to predict behavioral traits based on bodily expression.

The other two domains, computation and psychodynamics, take the information provided by the vultology-behavior conjunction and build theoretical models that can explain the phenomenon from a computational and psychological perspective. The computation domain creates a computational model of embodied cognition that aims to explain why these specific signals emerge consistently in tandem with these psychological traits, and models how the two may be connected in their cognitive circuitry. The psychodynamic domain creates a model of human consciousness in parity with the vultlogy-behavior conjunction, depicting these conjunctions as complexes which play a role in the experience of our inner reality. The psychodynamic domain further outlines a process of integration of these complexes by surveying individuals who have undergone vultological changes that correspond to behavioral and internal changes to personality.

The CT model describes four basic hypotheses that comprise the foundation of the theory. These hypotheses are:

The existence of action signatures

The first hypothesis is summarized in the following:

When we observe the same person over the span of hours, days, or weeks, we note that their body mannerisms aggregate into a mean that is distinct to them. While no facial expression or body gesture is unavailable to anyone, people have a limited range of expressions that account for the vast majority of their own personal body movements or “signature.”

The heritability of action signatures

The second hypothesis is summarized in the following:

When we observe the body mannerisms of identical twins, their personal signatures match one another. This is also the case with identical twins who grew up separated for many years or decades at a time. This suggests to us that a person's body signature is more strongly determined by nature than by nurture and has a hereditary or genetic component involved.

This hypothesis builds on the first and suggests that an analysis of identical twins, both raised together and apart, demonstrates that action signatures are more largely inherited than acquired. If verified, the model claims that the connection between our action signatures and our genetics raises questions concerning the origin and meaning of these actions, that require a scientific explanation. These questions are given possible explanations in the latter two hypotheses.

The Bi-directional hypothesis of language and action

The third hypothesis is existent in scientific literature, and proposes that:

The hypotheses suggests that action is neurologically connected to linguistics and cognitive brain faculties, causing neural activity to fire in sensorimotor regions alongside the language regions. This connection is bi-directional, so that sensorimotor action also facilitates cognitive and linguistic processing, making it more difficult to process information without the accompanying action signals. The CT model extends this hypothesis to suggest that action signatures are indicative of specific cognitive and linguistic processing patterns happening regularly in a given person. It proposes a means of testing this hypothesis by simultaneously recording brain activity with action signals.

The identification of hereditary cognitions via action signatures

The fourth and final hypothesis is summarized in the following:

This hypothesis suggests that if the first three hypotheses are true, then a hereditary origin of action signatures also implies a hereditary cognition that is innate to a person. By extension, it would also suggest that strangers who share the same action signatures possess a similar genetic origin to their signals and can be classified in the same genetic type. The hypothesis suggests an experiment where the genomes of strangers, sharing similar action signatures, are tested to investigate whether a genetic commonality can be identified. 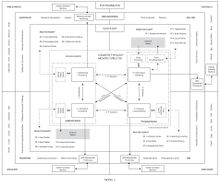 While the CT model is formulated under the premises of the four basic hypotheses, the details pertaining to the structure of the model are part of an ongoing investigation. The current model identifies two key elements in human vultology and cognition: energetics and information systems. The model postulates the existence of two core information systems in all individuals, (P)erception and (J)udgment, that are responsible for the management of mental objects. Each system contains a positive (+) and negative (-) polarity, allowing for information to oscillate through the system in a feedback cycle. This creates four charge states (P+, P-, J-, J+) which are the four energetics.

Energetics refers to four vultological clusters corresponding to four function modules (P+ Information Gathering, P- Temporal Contextualizing, J- Definitional Processing and J+ Procedural Processing) which comprise the creation and management of mental objects. These four modules have unequal weighting in the minds of individuals, causing differences in the ontological registration of reality, and in their corresponding behavioral traits. When a person is heavily tilted towards one of these energetics in terms of vultology and cognition, the person is said to belong to that energetic type. There are four primary energetic types, one for each highly weighted module.

Information systems refers to the P and J systems, as well as their variants. The model describes two known variants of the P system (V and M) and J system (G and R). Each variant contains energetic polarity, giving rise to eight known energetic charges: R-, R+, G-, G+, V-, V+, M-, M+. A person will contain one of each J and P variant, along with a pair of energetic charges from each. This gives rise to four possible information system groupings or families: α (G-/G+/M-/M+), β (G-/G+/V-/V+), γ (R-/R+/V-/V+) and δ (R-/R+/M-/M+). As each of these sets of information systems contains a copy of the four energetics, they are each capable of carrying out all the necessary object management operations. These four families each contain individuals of each primary energetic type, giving rise to sixteen known cognitive types.

The CT hypotheses and theory tenants have not yet been tested under a formal, scientific setting. Currently the cognitive typology community is preparing a proof of concept involving a database of 1,000 public figures, to demonstrate the efficacy of the hypotheses. The community aims to use this proof of concept to prompt investigation and collaboration from the scientific community.